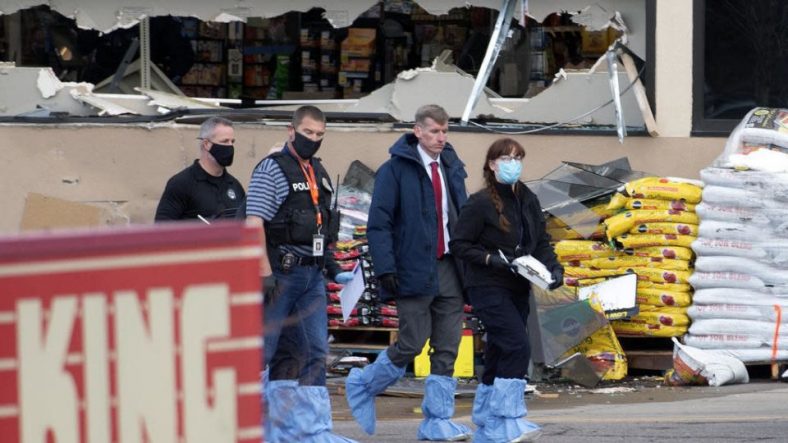 A 21-year-old has been charged with Monday’s massacre at a supermarket in Boulder, Colo., In which 10 people, including a police officer, were shot dead, reigniting debate on the proliferation of weapons on Tuesday fire in the United States.

The new massacre came less than a week after a man shot dead eight people at Asian massage parlors in Atlanta, Georgia. This rehearsal prompted urgent appeals to the Democratic administration and elected officials to act.

Identified as Ahmad Alissa, the suspect was injured in the leg and hospitalized. He is in “stable condition” and is due to be transferred to prison soon, said Maris Herold, the Boulder police chief.

“He was charged with ten murders,” she said.

His motive is not yet known, according to the authorities.

All the victims have been identified and were between 20 and 65 years old, according to the same source. The deceased police officer was the father of seven children, according to Ms Herold.

“My heart is bleeding today,” Colorado Governor Jared Polis said Tuesday. “And I think all of our hearts are bleeding … because of this senseless tragedy.”

“We will make sure that the suspect is accountable for what he did yesterday”, for his part declared the prosecutor Michael Dougherty, during the same press conference.

President Joe Biden, regularly updated on developments, has ordered the flags to be half-masted in the White House, according to his office.

He called on Congress to act on guns in his afternoon address. “We must ban assault rifles,” urged Joe Biden

Live footage showed a man, wearing only athletic shorts, being taken by police out of the store. His hands cuffed behind his back, he appeared to be injured in the leg, with traces of blood.

According to American media, the man was equipped with an AR-15 type assault rifle, a weapon often used in killings.

Nevin Sloan, who narrowly escaped with his wife Quinlan, described the growing panic as the detonations drew closer, with customers wondering whether to stay hidden inside or flee.

“Suddenly we heard more + bang, bang, bang, bang +. I ran to her (his wife) and I said to her + Hey, we have to get out of here +, ”he told CBS. They then helped other clients escape through an emergency exit, he said.

Police officers went there “just minutes” after being alerted to the presence of a gunman in the supermarket parking lot and “very quickly” entered the supermarket where he was holed up, authorities said. .

Shootings of this type, especially in schools, shopping malls or places of worship, are a recurring evil in the United States and successive governments have been powerless to stem the increase in these killings.

Workers who went to Trump’s speech in Pennsylvania were told they had to attend, use their vacations or not receive payment